Pittsburgh-based Salúd Juicery will open a store at the former site of the Fraser Street Deli, according to signs posted on the storefront. 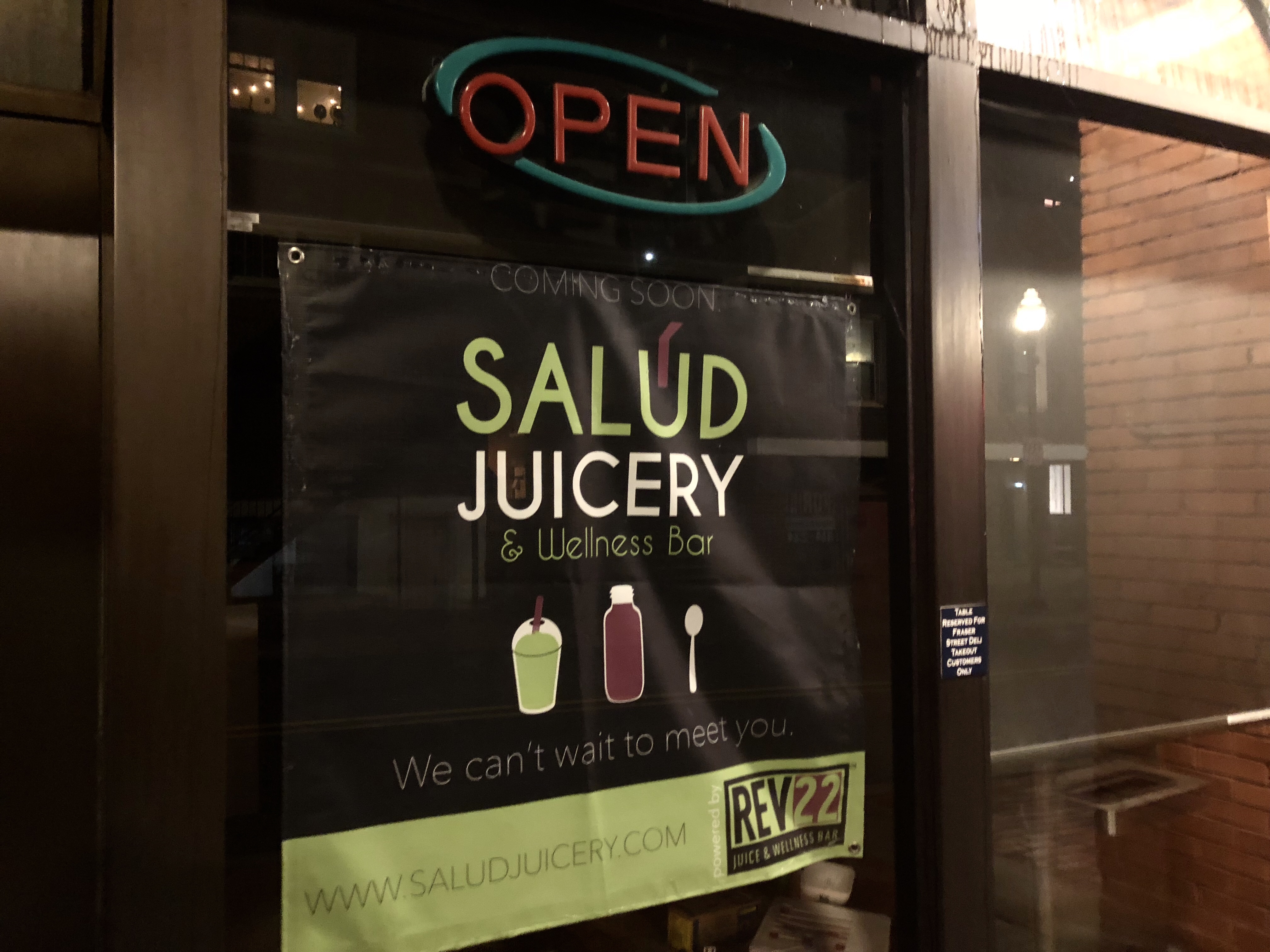 “At the core of Salúd Juicery is a genuine passion for people and the goal of spreading health in every aspect of life,” the company says on its website. “Our passion is providing healing and wellness support that enable you to incorporate balanced lifestyle and dietary choices to be your best self: mind, body, and spirit.”

The company currently operates at five locations around Pittsburgh, but this will be its first remote location. Its menu includes a variety of juices, smoothies, shots, bowls, hot drinks, and add-ins. Salud also offers online ordering through Menufy for carry-out at four of its Pittsburgh locations. 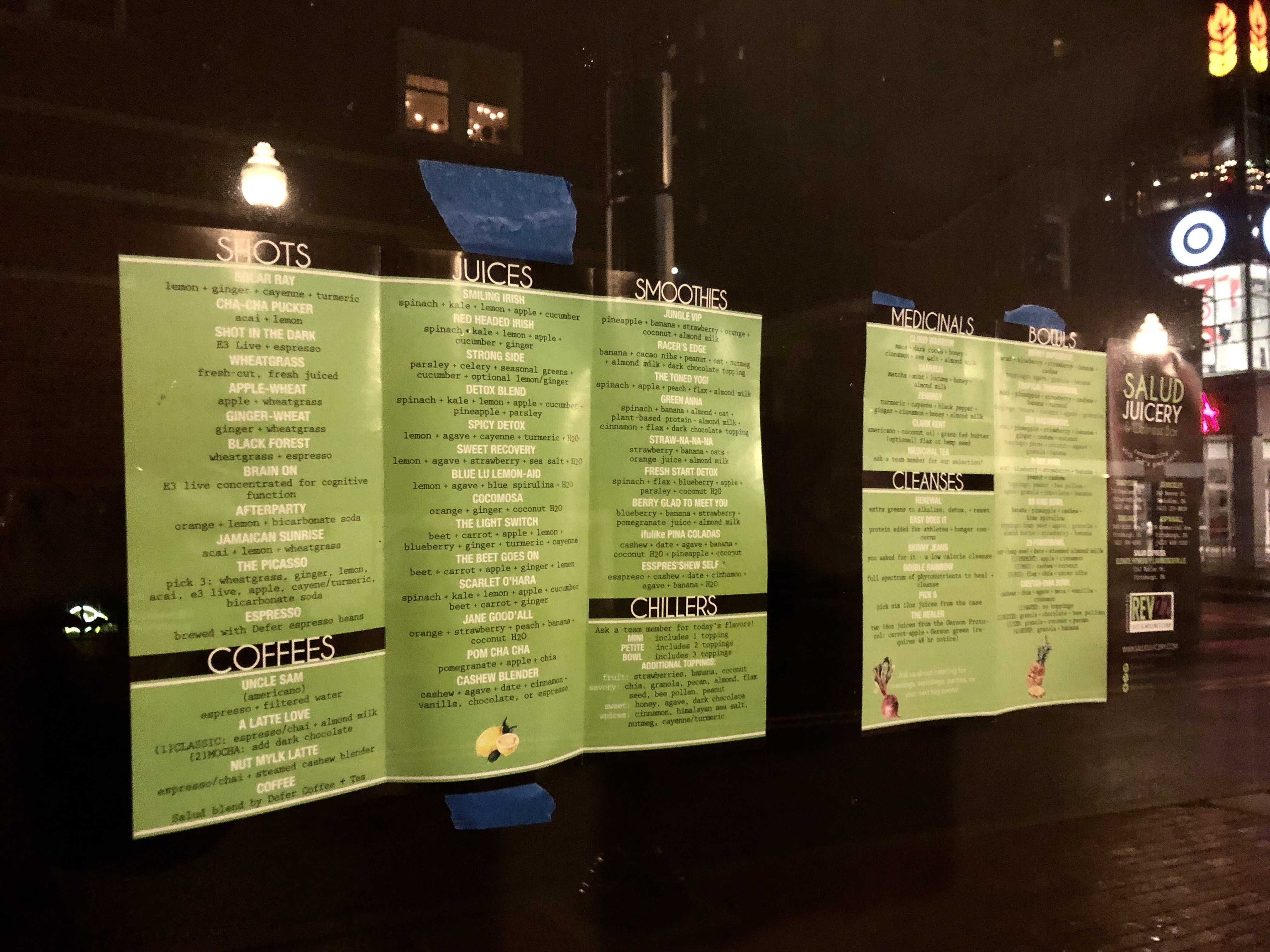 Owners announced in December they had sold the business, saying they’ve received numerous offers over the years, but that it was the right time for them to sell after 13 years in business. Their message at that time did not include any details on the future owners of the storefront.

Salud isn’t the only business soon expected to replace a longtime State College favorite, as Philadelphia-based pizza shop Snap also announced it will move into State College at the current location of Herwig’s Austrian Bistro, which is expected to close in May.