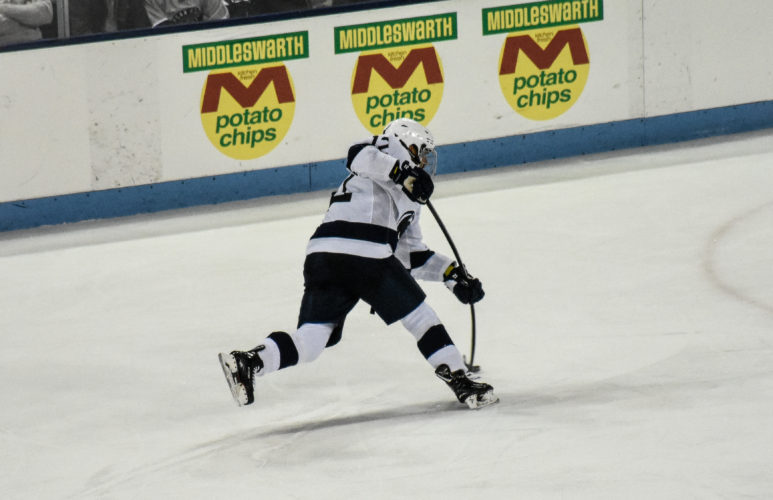 Larsson will meet up with the New Jersey Devils’ AHL affiliate for its away game against the Laval Rocket, which is slated to begin at 7:30 p.m. Wednesday.

The first Swedish player and graduate transfer in program history joined the Nittany Lions after spending the first three years of his collegiate career at Merrimack. He boosted Penn State’s depth down the middle, and his expertise on faceoffs propelled the Nittany Lions near the top of the national rankings. He won an impressive 59.6 percent of his draws to rank second in the Big Ten and near the top of the national rankings.

Penn State finished second in the nation with a 55 percent win rate on faceoffs in 2018-19, which is a 6.8-percent improvement from the prior season. Larsson played a key role in helping the team improve from 44th to second nationally in faceoff percentage while also scoring nine goals and 16 assists (25 points) in 38 appearances.

Larsson is the first member of Penn State’s 2018-19 senior class to sign on with a professional team this offseason.