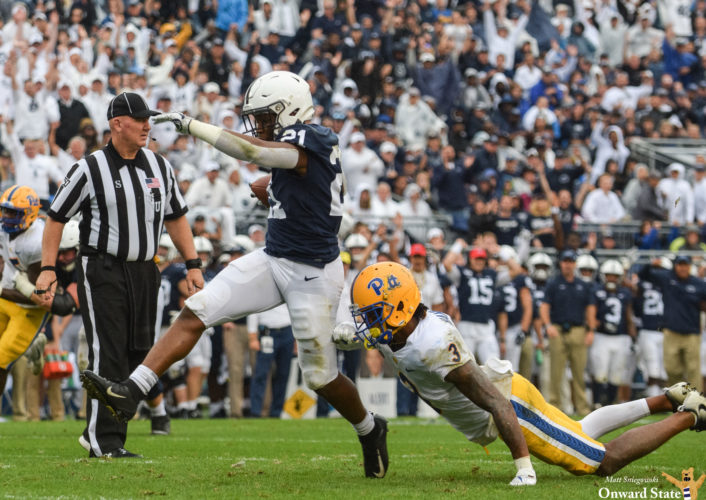 Although conference play has yet to begin, and some may think the team has not played against any “real” competition, Penn State football’s identity is beginning to take shape.

It’s important for the Nittany Lions to improve on some of their weak spots and continue to excel at what they do best. The team’s defense has been one of the best units in the country, the offense has shown great potential but has been somewhat inconsistent so far, and the overall talent on the team has shown flashes through three games.

Many may have been frustrated after watching Kenny Pickett throw for 372 yards and, at times, pick apart the Penn State secondary, but this defense has shown flashes of elite potential so far this year. The unit has allowed 30 points through three games, but 27 of those points came in the first half.

Many expected the Penn State defense to be one of the top units in the country, and they have yet to be disappointed. In the offseason, Bleacher Report predicted the Nittany Lions to be the second-best defense in the country behind Nick Saban’s Alabama Crimson Tide.

Penn State has top talent scattered throughout the defense with standouts such as Micah Parsons, Cam Brown, and Yetur Gross-Matos who are among the top at their position in the FBS. Consistently generating pressure on the opposing quarterbacks and figuring out a way to limit the damage done by screen passes will be critical for the Nittany Lion defense going forward.

Head coach James Franklin said he likes where the defense is at through three games, but he noted that vaunted defensive line has had some trouble getting to the quarterback. Sean Spencer’s Wild Dogs were among the best defensive line units in the country last year, but their inconsistency has kept them from those dizzying heights in 2019.

If the unit can become consistent and get to the quarterback, Penn State’s defense will be one of college football’s best.

Offensive Consistency Will Be Key

Penn State’s offense relies very heavily on explosive plays. The team’s goal is for 16% of its plays to be runs of 12-plus yards or receptions of 15-plus yards, and it’s talked about very frequently. While it’s definitely understandable to place such a high emphasis on this stat with the playmakers the offense has, this strategy may be very dangerous against some of the team’s future opponents.

The Nittany Lions reached that 16% goal against Idaho and Buffalo, which shouldn’t come as a surprise. However, Penn State had trouble with consistently converting on big plays against Pitt. Unless they’re fixed, those troubles could come back to haunt the Nittany Lions once conference play gets going next week.

Penn State’s best drive of the Pitt game came at the start of the third quarter. Starting from its own 12-yard line, the Nittany Lion offense executed a 13-play, 88-yard drive that ended with a 14-yard touchdown from freshman running back Noah Cain. The drive chewed up five minutes of the clock — Penn State’s longest drive of the game.

With how well the Penn State defense has played this year, it may be smarter to try to sustain long drives with less emphasis on the explosive plays. That would keep the defense on the sidelines more, which would make them more effective when they are on the field.

Through three games, the Penn State offense is ranked No. 126 in plays ran with an average of 57 per game. That statistic won’t matter all that much if the team hits on explosive plays every game, but I think that could prove to be a tall task going forward.

While questions still loom about head coach James Franklin’s ability as a game manager, his ability to recruit top players from around the country is the main reason Penn State is one of the best programs in the FBS.

Now that those four and five-star recruits are Nittany Lions, it’s up to Franklin and the rest of the coaching staff to put the best players in positions to succeed.

Watching Pat Freiermuth record one reception on two targets against Pitt was disappointing, but I don’t think that was necessarily all his fault. He’s one of the best tight ends in college football, and the fact that Clifford and the Penn State offense didn’t target him more after his excellent performance against Buffalo was puzzling, to say the least.

Elsewhere, KJ Hamler leads the team in receiving yards through three games with 245, but it’d be nice to see him utilized even more. Whether it be the occasional screen pass or an end-around handoff, Penn State simply needs to get Hamler as many touches as possible. He’s a threat to make huge plays anytime the ball is in his hands thanks to his straight-line speed, elite agility, and electric acceleration.

After the Buffalo game, Franklin said he’d ride the hot hand at running back if somebody made a big impact, but he just didn’t do that against Pitt. The offense sputtered as soon as Cain came out of the game, and it nearly cost Penn State the game. Maximizing the use of the extensive talent on this team will be a key thing for Franklin and his staff to do moving forward as the schedule ramps up. Because only so many teams will get stuffed at the one-yard line three times in a row and then try to kick a field goal and miss. 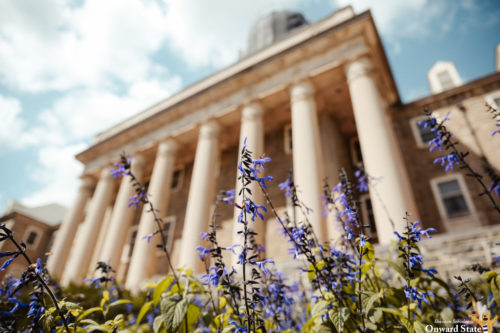 LEAP will be accepting applications for mentors for next summer until February.