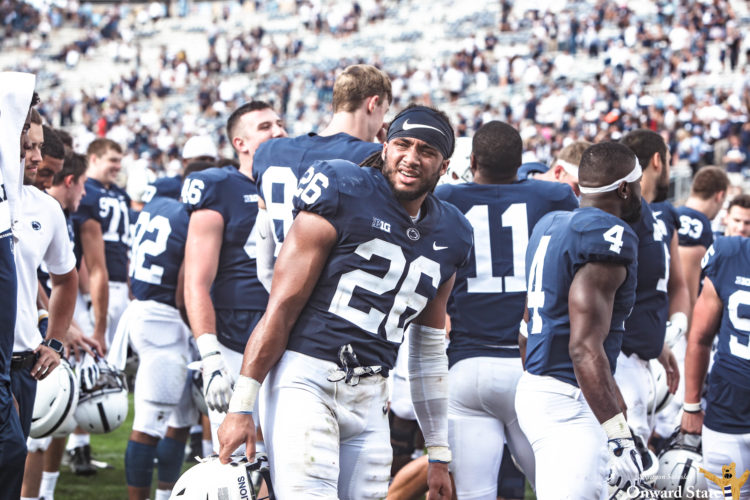 One day after a picture of a racist letter sent Penn State football’s Jonathan Sutherland criticizing his dreadlocks began to circulate, the redshirt sophomore released a statement in response to it, forgiving the sender and saying he took no “personal offense to it.”

“At the end of the day, without an apology needed, I forgive this individual because I’m nowhere close to being perfect and I expect God to forgive me for all the wrong I’ve done in my life,” he said in a tweet while quoting Colossians 3:13, a bible verse focused on forgiveness.

“Let this be one of the many examples to us that in the year 2019, people of different cultures, religions, and ethnicities are still being discriminated against and it needs to stop.”

The statement was a graceful response to the letter, which Sutherland described as “rude, ignorant, and judging.” It comes after plenty of fans and teammates had rallied around him in disapproval of the letter from a sender known as Dave Petersen.

Sutherland ended the statement with a simple message: Don’t be scared to be different!!”

Head football coach James Franklin also addressed the letter during his weekly press conference with a poignant speech in defense of Sutherland and about football bringing people together.

“We live, we learn, we grow, we support, and we defend each other,” he said. “We’re a family. Penn State football, Penn State University, and Happy Valley provide the same opportunities to embrace one another 12 Saturdays each Fall. PSU football brings people together like very few things on this planet. 110,000 fans from all different backgrounds throughout our region from all different parts of the state are hugging, high-fiving, and singing ‘Sweet Caroline’ together. This is my football.”