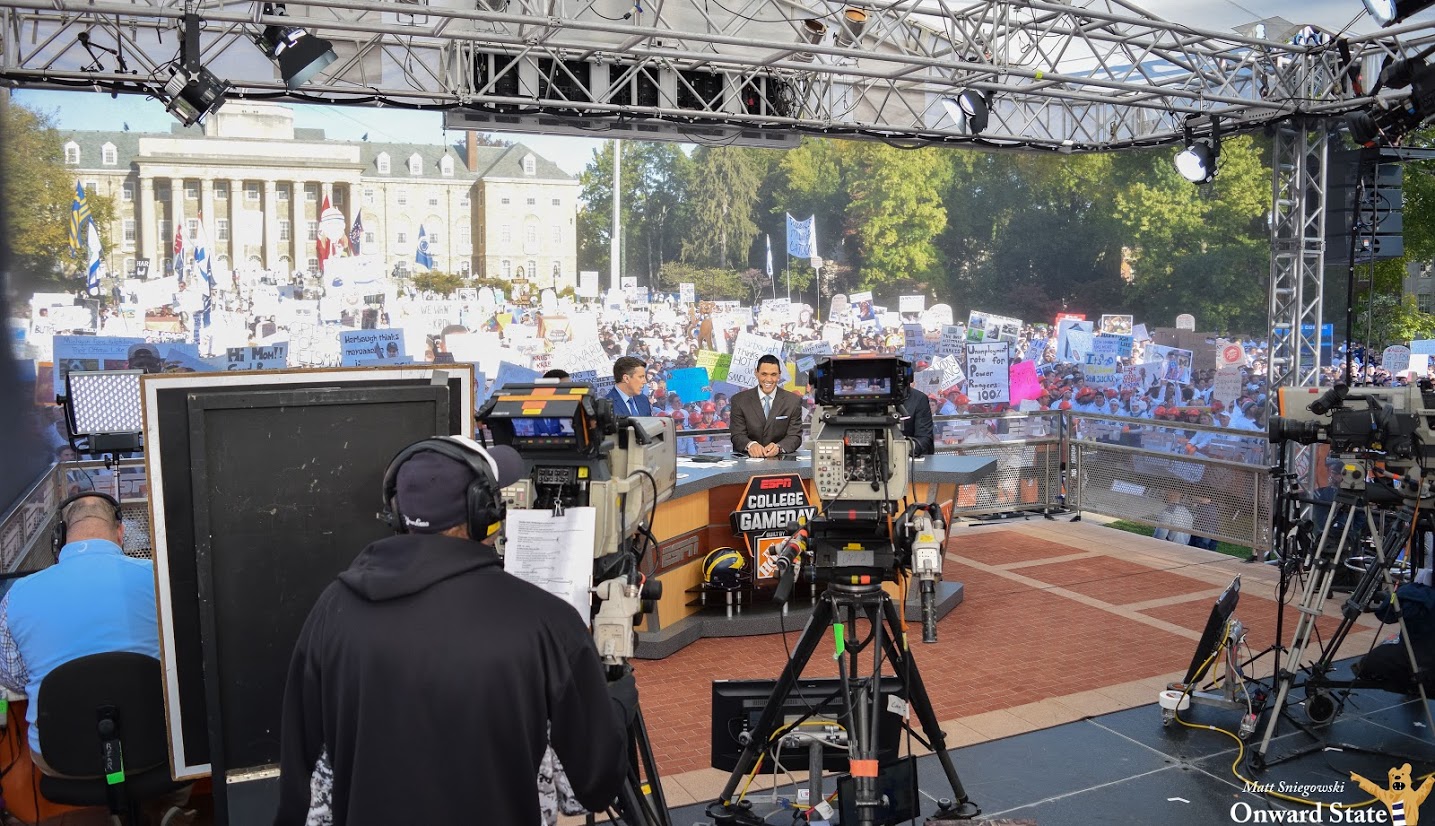 The letter, which was first shared on Twitter by defensive tackle Antonio Shelton, criticized Sutherland’s dreadlocks, calling them “disgusting.” The author, alleged alum Dave Petersen, noted he missed the “clean cut young men and women” from decades before.

Rece Davis, Kirk Herbstreit, and Desmond Howard all had high praise for how James Franklin and his team handled the incident and cited how it would bring both Penn State’s players and fans together in the future.

“Here’s where we usually tell [Dave Petersen] to hush, and he should, but I suggest he write two more letters right now,” Davis continued. “Number one, he needs to write a public apology for embarrassing Penn State. He’s the one who embarrassed Penn State, not their fan base. And he needs to write another one to Jonathan Sutherland and tell him he was wrong and try to show the same kind of grace that Sutherland showed to him.”

“When I first heard about the letter and read it, I was just disappointed and disgusted that now we live in an era where the climate is so toxic that [Petersen] would write such a racist and bigoted letter,” Desmond Howard added. “And I call it racist because Trace McSorley had tattoos, and Trace McSorley never got a letter like that.”

“This was not the fan base,” Davis said. “This was a fan. The fan base got behind [Sutherland], and rightfully so.”

The hosts’ comments reiterate how Penn State’s fans quickly acted out against Petersen’s comments, exemplifying what “We Are Penn State” is all about.

“To me, the reaction from James Franklin was perfection,” noted Penn State fan Kirk Herbstreit said. “I think it may have a way of galvanizing this team. Listening to those players talk, I think this could be an opportunity for them to really come together.”

Sutherland’s teammates quickly came to his defense following the surfacing of Petersen’s letter. They noted how he exemplifies the best of Penn State’s locker room and is a role model for them both on and off the field.

“The only colors are blue and white for Penn State, for those players,” Herbstreit said. “To me, this will bring this team together and make them a tighter bond in that locker room.”

You can catch the entire segment from this morning’s broadcast here.

Share via
College GameDay\'s Kirk Herbstreit: Racist Letter To Jonathan Sutherland Will \'Bring This Team Together\'
https://onwardstate.com/2019/10/12/college-gamedays-kirk-herbstreit-racist-letter-to-jonathan-sutherland-will-bring-this-team-together/
Follow @onwardstate
Send this to a friend