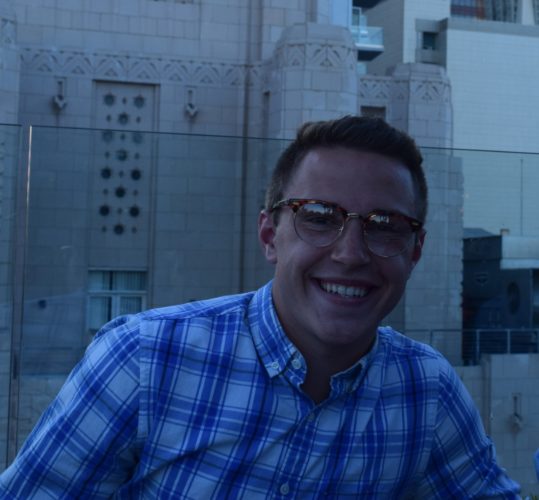 For the last year, sophomore Bryan Culler has served as the student representative on the Board of Trustees. He’s provided a student’s perspective to the Board’s decision-making and been involved in plenty of discussions that are shaping the direction of the university, including a tuition freeze for in-state students last summer.

Now that he’s settled into his role, we decided to sit down with Culler and ask him 10 questions about his position, his experiences on the Board, and his Penn State story.

Why don’t you tell us one fun fact about yourself that has nothing to do with your position to get started?

I am the 9th Penn Stater in my family. Both of my parents, three of my aunts, and three of my uncles all attended Penn State, so I guess if they’re reading this — hi, guys! Penn State runs pretty deep in the blood for me, so it’s a proud family tradition.

What did you do throughout high school and freshman year at Penn State that helped prepare you for your current position?

In high school, a classmate was unfortunately diagnosed with cancer, so I ended up organizing some fundraisers to help the family get through a financially trying time. Something we did as a result was work with the school administration to do some of these fundraisers in school, and different things we could do in an effort to get students involved in the fundraising process.

What I didn’t know then, was working with administrators would be something I’d be doing a lot of on the Board. That prepared me really well, and once I got to Penn State I was fortunate enough to join UPUA, which is our student government here. So I joined as a freshman council member and then became a representative later on, but really I met a bunch of people that have shaped my experience at Penn State. Current President McKinney, Vice President Griggs, Chief of Staff Cutler, former Speaker of the Assembly Bhavin Shah, and so many others that I’m forgetting to mention were instrumental in me getting to where I am now, they’re still some of my best friends on campus, and I don’t know what I’d do without them.

How did you first get interested in the Board of Trustees, and what were the factors into you deciding to apply?

When I first saw the application online I, like most people, didn’t really know what it entailed. I looked into it a little bit myself, and then I talked to some of my older friends who described to me what the opportunity would bring. Then I decided it was worth applying for, but I didn’t think I would be seriously considered since I was only a freshman, I was happily surprised to be wrong about that though, and the whole process was really rewarding. Mike Hoeschele, the former student trustee, was really great and worked with me throughout the whole process, especially after I got selected. The whole process was really smooth, and a great experience for me.

What would be your advice to other students contemplating applying for the Board once your term is completed?

The biggest thing if you want to fit into this type of role you have to be passionate about Penn State, as well as passionate about your fellow students. I like to say it’s an advocacy position, so it’s important that you have passion for your fellow Penn-Staters. That’s item number one. I would also advise you to talk to your mentors on campus and see if it’s the right opportunity for you, and if you think it is, then just go for it! It’s been a great opportunity for me, but I would tell anyone interested to consider it because it’s one of the best ways you can affect change here at Penn State.

How important is it that a student representative is on the Board of Trustees?

It’s crucial. Penn State is a big place, and we do a lot more than just educate. Penn State owns hotels, airports, and hospitals, but ultimately, students are at the core of everything we do. It’s quite essential that you have a student on the board who can voice the opinions of 98,000 other students.

What’s your role as the student representative on the Board?

My role as a student representative is to do my best to represent as much of the student body as I can. It’s a diverse group of students and I can’t possibly offer every viewpoint, but I do my best to represent the majority of students. The trade-off with that though, is that the Board of Trustees is ultimately an oversight body, so my main responsibility is that Penn State remains well-prepared for a future as a world-class place to learn.

What’s your biggest goal while serving on the Board?

My predecessor Mike Hoeschele did a great job on getting the ball rolling on our mental health resources. The class gift is doing a great thing with the CAPS endowment this year, and it’s important to a lot of students. I’m working on keeping the ball rolling on that. The Board has met a couple of times with Dr. Ben Locke, the director of CAPS. He’s doing a lot of great things with the program, but we’re trying to do more so that the students have all the resources they need.

What has been your favorite experience while working on the Board so far?

My very first meeting was at Penn State Brandywine, right outside of Philadelphia. It was really cool to see another campus. I came right to University Park, so I’m familiar with some of the campuses closer to Pittsburgh, however I hadn’t been to the Brandywine campus.

It was especially cool to see a place like Brandywine that was growing so quickly. They just opened their first residence hall, and it was a great place to see growth happening. At that meeting, we also discussed a budget that featured an in-state tuition freeze, which is a big deal for our students. It was one small step toward combating a national affordability problem that exists in education. Tuition is just one way Penn State is talking about affordability, though. We’re also talking about food insecurity and other ways we can reduce the unidentified costs of attendance so that even if the tuition can’t be frozen in the future, we’re continuing trying to support all of our students.

What do you want to say to the students of Penn State as to how you’re working to help them?

As I mentioned, it can be challenging to represent the entire student body, so what I do a lot of is meet with leaders of student organizations on campus. I also talk to people who are just very active in student life, because they really have a finger on the pulse of how a lot of our students are feeling. So I do my best to meet with those people to understand their viewpoints, but I also try to talk to people in the HUB, dining halls, or the commons just to hear their stories, and see how Penn State has shaped that story.

Finally, as per Onward State tradition, if you could be one dinosaur, which one would you be, and why?

I would definitely want to be a pterodactyl, I’ve always kinda been an air and space nerd, so I’d take my chance to fly where I can. 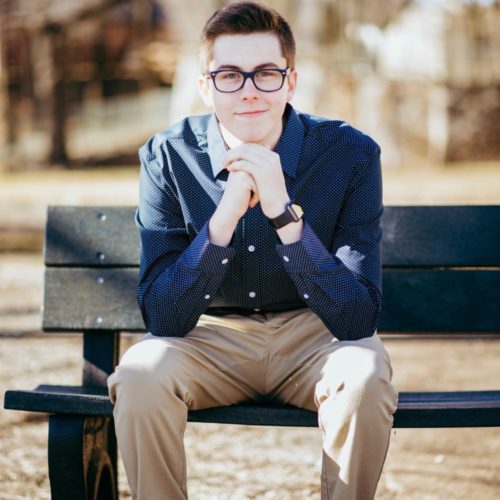 Jim is a freshman majoring in Broadcast Journalism. Add him to the list of everyone else that lives "right outside of Philly". The fourth of his name, and the best to ever do it, Jim is a writer for Onward State. In his free time you can find him in his room, avoiding the gym at all costs, or going to as many tailgates as possible. If you care enough to follow him on Instagram you can find him @James4Ciminelli or on Twitter @ciminelli_jimmy. 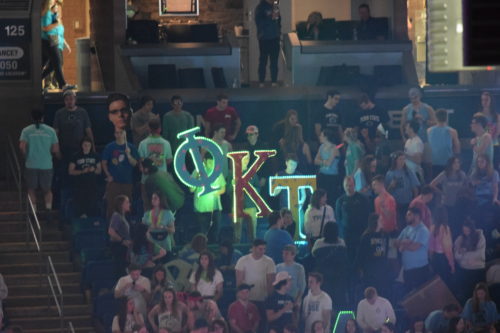