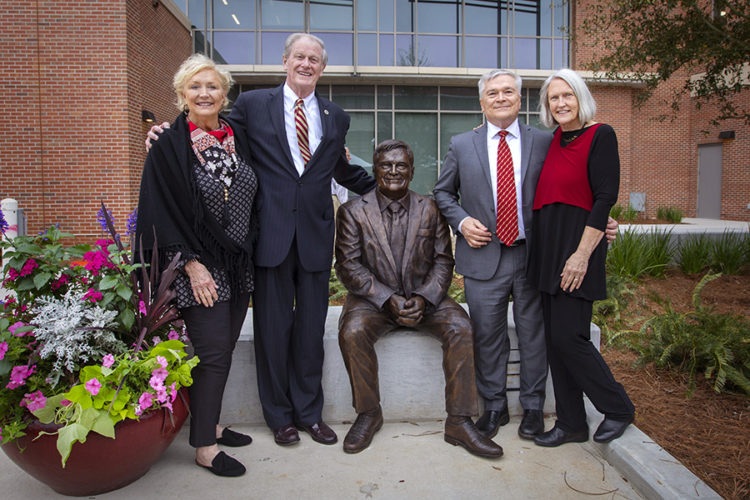 A Penn Stater got a statue last week. But not THE statue.

“If we look around, Dr. Barron’s legacy is everywhere,” John Thrasher, the current President of Florida State, said in a release. “The statue we are about to unveil ensures that future generations will know about his contributions to the university.”

Barron and his wife, Molly, were in Tallahassee to attend the statue’s unveiling. The life-sized statue depicts Barron sitting, and it’s located just outside Florida State’s new Earth, Ocean, and Atmospheric Science building to commemorate Barron’s work in making the building a reality.

During his term as the university’s president from 2010-2014, Barron launched the project that led to the building’s construction. Thrasher responded by commissioning the statue after taking Barron’s former position in 2014. Additionally Barron also played an integral role in creating the university’s Student Veterans’ Center. The center supports any students who served in the military before enrolling at Florida State.

“I may not be here, but I spend a lot of time watching,” Barron said in a release. “And I just can’t tell you how proud I am of what this university has been doing.”

Here’s hoping this statue holds up better than a certain, other beautiful bronze man…one whose location the inspiration of this one could potentially know a thing or two about.