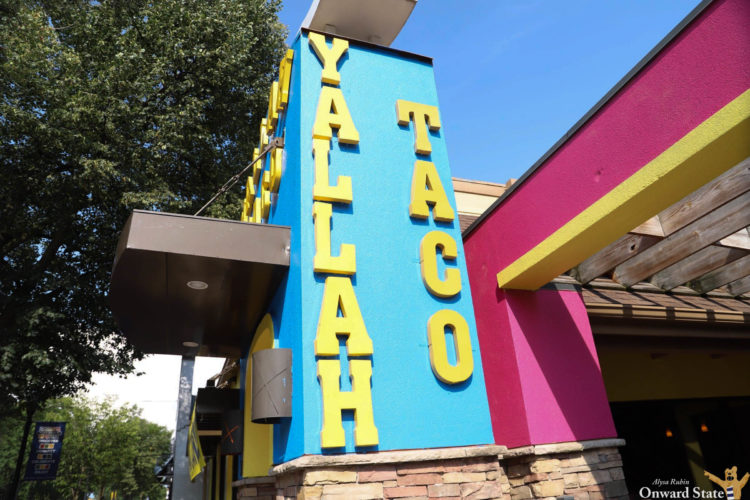 Located on the corner of College Ave. and Locust Lane, Yallah Taco and its bright blue, yellow, and pink exterior don’t take much to stand out from the crowd.

For years, the State College staple has brought authentic Mexican cuisine to the borough through a few different stands and shops. Now, as it plans to open its third location, Yallah is more excited than ever to put its family-owned restaurant on full display.

Penn State grad David Peralta, Yallah’s social media manager, invited Onward State over Tuesday to check out its new College Ave. location ahead of its grand opening. There, we discussed just how much the new franchise means to the already-established brand.

Peralta believes Yallah’s cult following among students sets it apart from the competition and gives it the unique vibe it’s known for — a phenomenon he believes will only grow with a more central location.

“The amount of people that just love Yallah is crazy,” Peralta said laughing. “I actually just got a message today from this kid asking if he can use the logo for a tapestry for his apartment.”

Of course, Peralta acknowledged it’s tough to follow the Taco Bell that used to stand in Yallah’s place. The chain restaurant infamously closed last spring, prompting students to host an impromptu vigil that garnered national attention, inspired some witty poetry, and even made its way onto that week’s episode of “Saturday Night Live.”

Unlike Taco Bell, Peralta feels Yallah’s small-town feel and humble beginnings will help it stand out more than any Doritos Locos Taco or Gordita Crunch ever could.

“Taco Bell was loved, but I think Yallah is the perfect place to take over,” Peralta said. “Yallah still has the same love, I think even more. It comes from a family-owned business from State College, so I think it makes it more special to open [on College Ave.].”

Peralta added Yallah’s move to College Ave. should help it become more visible to the everyday consumer. Its other locations, Yallah Taco and Yallah Burrito, are tucked into out-of-the-way corners of town in McAllister Alley and Calder Way, respectively.

“Our other two locations, Yallah Burrito and Yallah Taco, are both in alleyways,” Peralta said. “If you don’t necessarily drive through it repeatedly or walk past it, you might not know the location. But this on College Ave., you get traffic from the east side of campus, the west side of campus.”

Peralta added both he and owner Hitham Hiyajney, who wasn’t available for an interview Tuesday, fear restrictions on local bars could hamper late-night business. With bars operating at reduced capacity, fewer folks will be out on the prowl searching for that oh-so-satisfying midnight snack.

As you could expect, Yallah’s new location features a kitchen much larger than that of its small-scale taco stand. According to Peralta, the new digs will allow the restaurant to unveil a brand-new breakfast menu and a slew of original drinks, including smoothies and refreshers.

Yallah’s planned breakfast menu includes a number of breakfast tacos and burritos. Its expanded offerings will also include vegan options, including cauliflower fritters and vegan tacos.

Yallah’s College Ave. location hopes to open sometime in the next few weeks. The restaurant recently passed a fire code inspection but is waiting to iron out a few other kinks, including a health inspection, before opening.

Even though no date is currently set in stone, Peralta said fans can expect special menu items and promotions once the restaurant’s doors open. 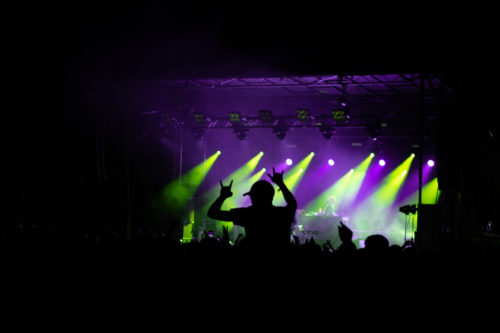 Movin’ On Announces Return To IM Fields In 2022

Share via
Yallah Taco Puts Family-Owned Business On Display At New Location
https://onwardstate.com/2020/08/26/yallah-taco-puts-family-owned-business-on-display-at-new-location/
Follow @onwardstate
Send this to a friend