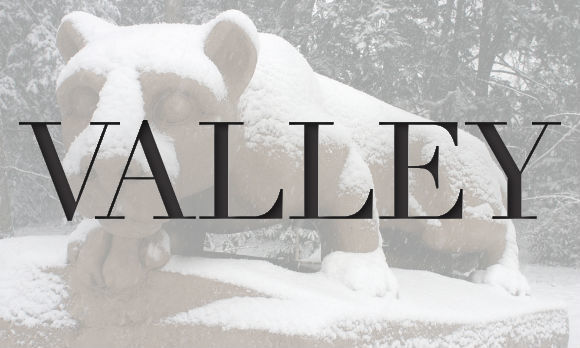 When Sharleen Chidiac is on stage performing her original music, she said she feels “frazzled,” but in the “best way possible.”

“In those moments when I’m performing, I’m thinking ‘this is exactly what I want to be doing,’ and it makes me feel frazzled because it kind of blows my mind each time I look out to an audience and see they’re connecting with my music,” Chidiac, a senior, said. “I’m getting closer and closer to being able to make that my life.”

Chidiac, whose parents forced her to take piano lessons when she was five years old, said her love for music did not resonate with her until the end of high school. When she came to Penn State, she taught herself how to play the guitar and has been writing original music for the past two and half years, making her music known in local venues, like Chronic Town, Webster’s Bookstore and friend’s parties.

“I play in a music scene that is a little bit more hidden,” Chidiac said. “I perform in more of a local art community that you wouldn’t expect to be in State College.”

With music inspirations that range from folk artists, like Laura Marling to old-school jazz idols, like Billie Holiday and Judy Garland, Chidiac has developed a more old-fashioned sound, unlike many young artists in State College.

Robin Tuttle, a senior and friend of Chidiac, said when she first met Chidiac, the two played music together occasionally, but when she first saw Chidiac perform on stage by herself she said it was an “enthralling” experience. “It’s sort of mesmerizing,” Tuttle said.

“[Her music] has a dream-like quality to it. It makes me feel very comforted.”

Tuttle said it’s interesting to watch a crowd listen to Chidiac perform for the first time because people really respond to her music since it’s so different and very much “from her heart.”

“Other people are usually just staring and saying ‘Oh my god, she’s so good.’ “

During a show on Park Ave a couple of weeks ago, Chidiac walked quietly up to the mic – her head down and eyes refusing to greet the crowd, preparing to perform for a rowdy group of students. Yet, her timid ways completely vanished as she began singing and the room immediately became silent– all ears entranced by her voice.

At the end of her first song, Chidiac looked at the audience and said, “So I tuned out in the middle of that song, so I’m really glad it turned out the way it did.”

Audience member, KC Hirth, a sophomore, said when Chidiac performs, people normally get really into her folk sound. “She shows a different side in her music than she does with her personality – she opens herself up,” Hirth said.

Chidiac said she has written some of her best material when she let’s her creativity come out naturally. “Many times I try to force myself to sit down and write music,” Chidiac said. “I always get frustrated and it never feels right and so I kind of just stop altogether. The songs that I find I end up performing for people are the ones that I wrote really naturally – it’s just kind of in one sitting I wrote a song and it just felt right.”

Chidiac has written many songs, some of which she said are “awful.”

“I would never want to listen to them again in my life,” Chidiac said.

When writing, Chidiac said in one moment a song oftentimes seems perfect based on her current mood. “The perfect song always changes,” she said. “I’ll write a song and in that part of my life I feel like it totally represents exactly what I’m feeling for whatever amount of time, but then as I move out of that phase of my life and into a new phase I find I write a song where I’m like ‘this is the one – this is the one that totally expresses who I am right now.’ “

Chidiac said if she were to write the perfect song today, it would sound “hopeful.”

“I just feel I’m at a point in my life where I see a lot of hope for a number of things,” she said.

Chidiac will be graduating this spring and she said hopefully she’ll find herself performing her music in a city, like New York or San Francisco. “It’s all I dream about – playing music. Even when it’s at a little coffee shop at State College, it’s still really a wonderful experience.”

Valley is Penn State’s life and style magazine. Our mission is to recognize other students for their academic and extracurricular accomplishments, and to feature local style, entertainment and lifestyle trends. 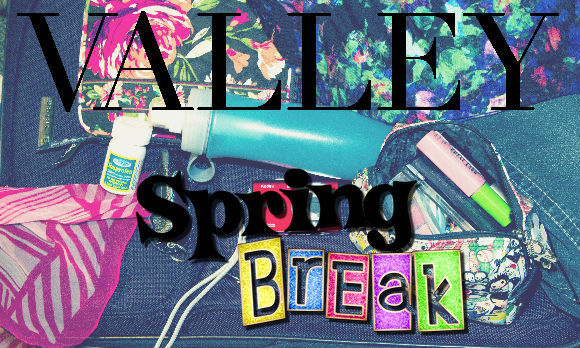 Whether you’re headed to Daytona Beach, Puerta Vallarta or to visit your friends at other colleges during break next week, it’s never a bad idea to make safety one of your top priorities.

Yoga Pants: The College Girl’s Version of The LBD