Paterno Win Rally Will Include Huge 409 Sign For Mark Emmert 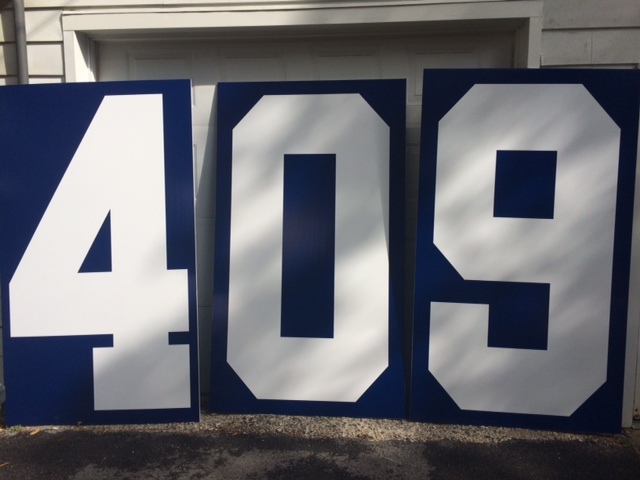 This weekend’s rally to restore Joe Paterno’s vacated wins will include a lifesized, signable “409,” and will be followed by a presentation of said 409 to NCAA President Mark Emmert in Indianapolis. Yep.

The Honor Joe – Restore the Wins Rally will take place this Friday, Oct. 24 and Saturday, Oct. 25 outside of the Student Book Store. The event’s goal is “to raise awareness about Paterno and the victories,” according to Eric Porterfield, Director and Co-Executive Producer of the upcoming film, The People’s Joe.

Supporters can stop by the Student Book Store and sign a 7-foot tall “409” (see image above) between 2 p.m. and 7 p.m. on Friday, and between 10 a.m. and 8 p.m. on Saturday. Petitioners will also receive an “I signed the 409” sticker to showcase their support. Many distinguished guests will attend and sign the “409,” including former football players and coaches, Board of Trustees members, and NFL Hall of Famer Franco Harris.

More than 20 satellite locations will be participating all over the country as well. At these locations, ranging from Arizona to Florida, supporters can attend and sign petitions to restore the wins. These satellite events were made possible primarily through local alumni associations looking to help support the cause. The Florida site, for instance, is planning for over 800 people.

The event has also garnered attention with major news outlets including ESPN, Fox, and ABC Sports (you may have seen the ad spots running during last weekend’s slate of college football games). Regarding all the publicity the event has gathered in recent weeks, Harry Levant, of the Porterfield Group said, “The event seems to speak for itself. Once we put it out there, people just started coming to us.”

After the event, representatives of peoplesjoe.com will collect all the banners and posters from the satellite sites and attach them to the large “409.” They plan to drive to the NCAA headquarters in Indianapolis and present it to President Emmert, along with a formal request to restore Paterno’s 409 wins. Emmert will also receive a copy of The People’s Joe film.