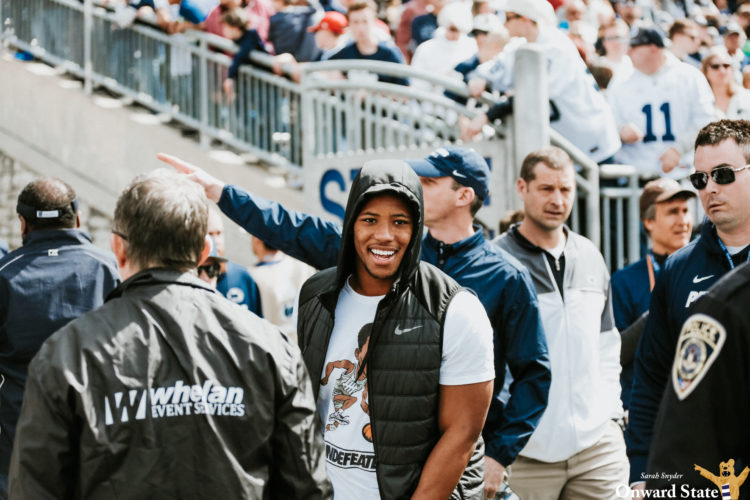 The third episode of ESPN’s “Hey Rookie, Welcome to the NFL” (better known as “The Saquon Barkley Show Featuring Bradley Chubb”) showed NFL prospects in the final stages leading up to draft day.

Barkley’s portion of episode three opened on his dad in a boxing ring. At one point, he was a boxer, but a serious injury ended his career. Afterwards, nothing was the same.

Barkley explained that when he was a kid living in the Bronx, his dad was a drug addict. His mom recognized that the environment was toxic for their family, so she decided to move to Pennsylvania, giving his dad an ultimatum: drugs or his family. He believes the ultimatum likely saved his life and made a better one for their family in a more rural setting.

The next scene cut to Saquon Barkley Day in Coplay, PA. Barkley is riding in a parade thrown in his honor. “This is absurd,” he said, shocked by the large turnout. “You really don’t notice the impact you have on your community until you see something like this.”

After the festivities, he returned to State College. Back on campus, Barkley met with his academic advisor about finishing his degree. His advisor explained he’s in position to finish his degree online and they discussed whether he should take classes during his first NFL season. Barkley’s goal is to graduate with his class next spring and become the first college graduate in his family.

Following the meeting, Barkley went over to James Franklin’s crib, where having players over to hang out with his family has become tradition. The two hung out and played a friendly game of ping-pong, but things unsurprisingly got a little heated between the two fierce competitors. As Barkley falls behind, the excuses started flying.

“I don’t play ping-pong,” he said. “You have a whole ping pong table in your house. You should be beating me.

“Let’s play chess or something,” he added after the loss.

Franklin, victorious, wasn’t going to miss the opportunity to gloat about defeating the top-five draft prospect.

The last official business to take care of before the draft was Pro Day. While Bradley Chubb was working hard in front of scouts, Barkley had the day to kick back and relax. He chatted with a defensive end scout from the Giants, gave an ESPN interview, twiddled his thumbs, and cheered on his teammates.

The show took a walk down memory lane at Barkley’s alma mater, Whitehall High School, where he reflected on a time when he was an undersized high school running back. At the time, Barkley wanted to quit football, but his dad wouldn’t let him be a quitter.

Barkley said he doesn’t believe in being average, so he put in work in the weight room. The episode concluded in the Whitehall football weight room with Saquon coaching his younger brother Ali. Saquon pushed Ali to challenge himself: to lift more, even if it’s a weight beyond his max.

After a couple of failed reps, he gave Ali a lesson on leadership, explaining that when he comes into the weight room and challenges himself, it inspires his team to do the same. Then, the whole team gets stronger together. 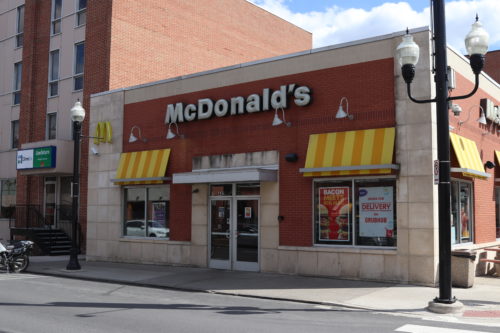 Share via
\'Hey Rookie\' Zooms In On Barkley\'s Life Leading Up To Draft Day
https://onwardstate.com/2018/04/25/hey-rookie-zooms-in-on-barkleys-life-leading-up-to-draft-day/
Follow @onwardstate
Send this to a friend