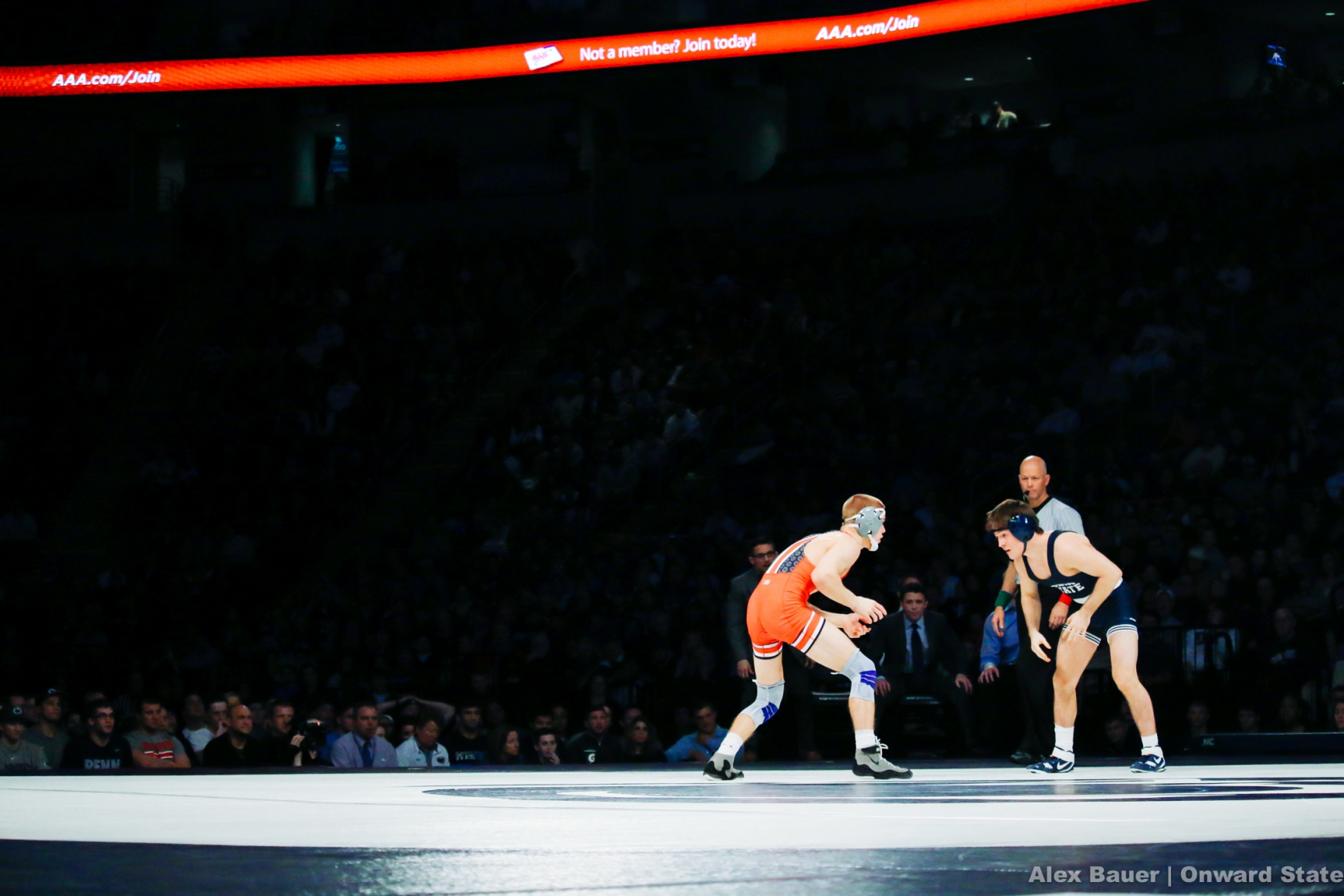 The Nittany Lions will face Navy, Penn, Illinois, Northwestern, Rutgers, Maryland, and American at Rec Hall while traveling to Arizona State, Lehigh, Nebraska, Iowa, Wisconsin, and Minnesota. They’ll log significant air miles with four trips past the Mississippi River during the regular season and another in the postseason.

The one dual circled on everyone’s calendar, however, is February 15 at the Bryce Jordan Center when the Nittany Lions host Ohio State. The last time the Buckeyes visited, fans were treated to the so-called “Dual of the Century,” when then-No. 2 Penn State dramatically toppled then-No. 1 Ohio State. Before that dual, Ohio State coach Tom Ryan famously complained about his team not getting the BJC treatment and needing to wrestle “in a small venue.”

PSU does a lot right… but not with this dual. A bit confused why this dual is being wrestled in a small venue & no @wrestlingbucks fans had a chance to get tickets. Not how we would have handled it.

Home vs. Ohio State and at Iowa seem to be the most dangerous match-ups for the Nittany Lions’ vaunted 59-dual winning streak.

In addition to the duals scheduled, Penn State will compete in the Army West Point Invitational in November instead of returning to the Keystone Classic, which it has dominated and won each of the last three years. Instead of competing in Penn’s early-season tournament, though, the Nittany Lions have scheduled a home-and-home series with the Quakers over the next two seasons, according to The Daily Pennsylvanian.

Additionally, the Southern Scuffle, which Penn State has won each of the last two seasons, was also not on this year’s slate.

You can view the complete Penn State wrestling schedule here.