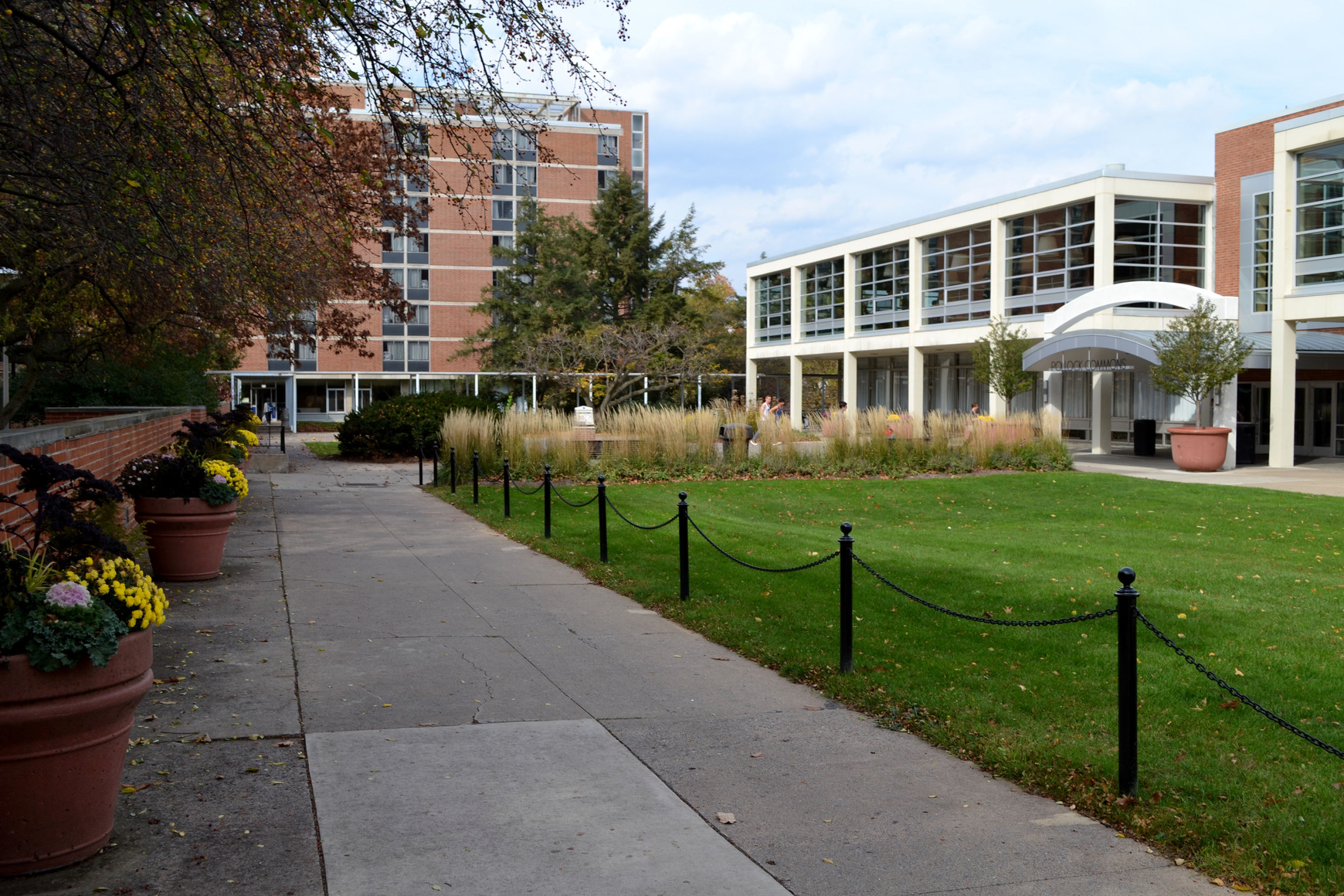 Nothing says “new semester” like a slew of renovations across campus, and that’s especially true this fall. Penn State Dining worked hard this summer to install some sleek upgrades and spaces across campus dining halls.

First, charging stations were added in each dining hall across campus. The new installations feature plugs and ports for just about every gadget you could think of, including Apple and Android devices. And because Penn State will always be a Pepsi school, they’re fitted with a sick lime green Mountain Dew decal.

A number of additional changes and upgrades are coming to the dining commons in the near future, according to Associate Director of Residential Dining Jim Meinecke.

Coinciding with Pollock Commons’ recent upgrades such as the installation of Edge Coffee Bar and the remodel and rebranding of The Mix, a new lounge will open on the building’s ground floor. Meinecke couldn’t give an exact opening date just yet, but he believes the space could be completed as soon as this October.

“[Dining has] really been trying to incorporate more charging capabilities and more comfortable seating when possible,” Meinecke said. “We know our students are very busy with classes and groups, and we are trying to accommodate those needs by adding some of these areas when possible. We also hope that providing more comfortable and collaborative workspaces will bring more students together in our common areas.”

Pollock Commons isn’t the only location on campus receiving a facelift this fall. Redifer Commons has also welcomed renovations for the fall semester. New booths outfitted with outlets have been installed in the commons’ ground floor to ensure that your devices won’t die while you’re cramming for exams or binging Netflix while eating dinner.

Up in Warnock Commons, a new counter has been installed in the buffet’s demo station. While this adds yet another place to chow down in the dining hall, it also provides an up-close view of food preparation and demos done by dining hall staff members.

Waring Commons’ Sisu Lounge and balcony received a small remodel over the summer. The location’s lighting fixtures and seating were both replaced, and a variety of “electronic enhancements” (read: outlets) were added as well.

While these renovations are hardly groundbreaking, they do add a bit more charm and fun to the otherwise mundane dining hall experience. Maybe one day we’ll get some Coke products. After all, a guy can dream, can’t he?

Matt proudly served as Onward State’s managing editor for two years until graduating from Penn State with distinction in May 2022. Now, he’s off in the real world doing real things. Send him an email ([email protected]) or follow him on Twitter (@mattdisanto_) to stay in touch.

“I don’t know what’s next for me. But for once in my life, that doesn’t scare me.”