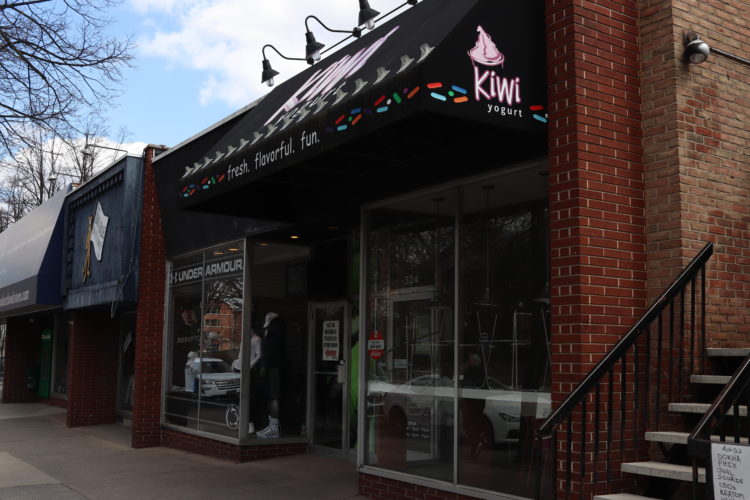 A trio of national chains will bring their signature soft pretzels, cinnamon rolls, ice cream and more to one new State College store.

The “tri-branded” Auntie Anne’s, Cinnabon and Carvel will open in early 2020 at 324 E. College Ave., Auntie Anne’s vice president of marketing Marcel Nahm said in an email. The storefront was previously home to Kiwi Yogurt, which closed earlier this year.

Nahm said a late-January or early-February opening is expected for the new store. Renovations to the space are now underway.

All three companies are owned by Focus Brands and the new store is part of a move for the brands to open more “urban, street-side and college town locations,” Nahm said. It’s also an effort to reach college students and Generation Z consumers who look for accessibility, with the store planning to offer third-party delivery, online ordering, catering and late-night hours.

“At 324 E. College Avenue, the store will be right in the heart of downtown and conveniently located for students, local residents, and visitors,” Nahm said. “With the introduction of late-night hours, we will be able to easily get freshly baked pretzels, oven-hot cinnamon rolls, and premium soft ice cream into the hands of … students and full-time residents at hours that fit their lives and schedules.”

Founded in 1988, Auntie Anne’s is headquartered in Lancaster and Nahm said the proximity of State College made sense for a new location. Specializing in pretzels, dips and beverages, Auntie Anne’s has long been associated with shopping malls and co-location in other stores. An independent franchise owner operated an Auntie Anne’s in the Nittany Mall for 24 years before it closed in 2018 and the pretzel shop also had a location on East College Avenue in the early 1990s.

Cinnabon, similarly, has been a staple of shopping malls and high foot traffic areas since its founding in 1985. It specializes in cinnamon rolls, coffees, lemonades and cold blended beverages.

The long-running Carvel, founded in 1929 in Connecticut, is known for its soft-serve ice cream and specialty ice cream cakes. For a generation of Northeasterners, it’s well-remembered for its commercials featuring gravel-voiced founder Tom Carvel touting cakes like Fudgie the Whale and Cookie Puss. The Nittany Mall Auntie Anne’s offered Carvel ice cream in later years.

But the new location with all three under the same roof will represent a new and different kind of experience from the three chains’ familiar past, Nahm said.

“We are in a unique position within this space to offer some new experiences for customers including late night hours, online ordering, self-order kiosks, third party delivery, catering, a dedicated seating area with games and TVs, and a focus on Cinnabon’s coffee and espresso offerings,” Nahm said. “These experiences bring life to the space that is traditionally not found in our mall locations.”

Focus Brands also owns several other eateries with a State College area presence. Moe’s Southwest Grill has a restaurant at 211 Patriot Lane in the Trader Joe’s Plaza and McAlister’s Deli and Jamba Juice both have locations in Penn State’s HUB-Robeson Center. 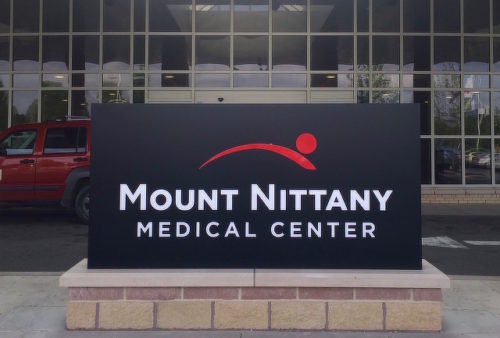 It was not yet clear when Mount Nittany’s emergency department would resume accepting ambulances.