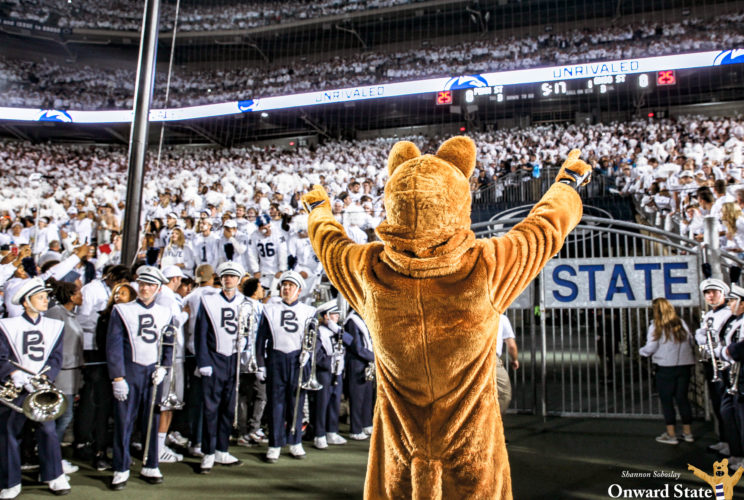 As if Penn State fans didn’t know it already, Nittanyville has officially been crowned as the best student section in college football.

The Penn State football student section was recognized by ESPN as the Live Más Student Section of the Year at the annual College Football Awards Show on Thursday night.

This isn’t the first time Nittanyville has been recognized by ESPN in 2019, as it won the Live Más Student Section Contest twice this season. It was first crowned the winner after Penn State’s dominant 59-0 victory over Maryland, in which a huge number of Nittany Lion fans made the trip down to College Park.

Plenty of students could even be seen taking over the Terps’ student section at Capital One Field at Maryland Stadium. Nittanyville became the first ever student section to earn the weekly honor from ESPN at an away game.

Nittanyville was once again recognized by ESPN after Penn State’s 28-21 White Out victory over Michigan. The student section made its presence felt immediately in the game, as the noise caused by “Mo Bamba” forced Jim Harbaugh to take a timeout before the Wolverines’ first play from scrimmage.

James Franklin thanked the student section Thursday night with an attached video of arguably the best moment of the 2019 season.

The electric atmosphere of Penn State’s biggest home game of the season was certainly a memorable one. The 110,699 fans who showed up for the annual White Out even garnered plenty of praise from closeted Penn State fan Kirk Herbstreit.

The best student section in college football will get one more chance to see the Nittany Lions play in 2019, as No. 10 Penn State will take on No. 17 Memphis at this year’s Cotton Bowl Classic on December 28 at AT&T Stadium. Student ticket sales for the game began at 7 a.m. on Wednesday, December 11.