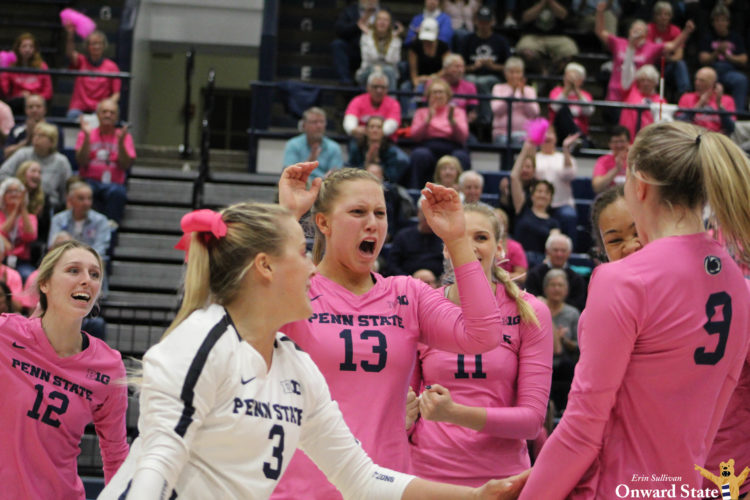 Their season may be over, but the Nittany Lions aren’t done racking up accolades just yet.

Kaitlyn Hord was Penn State’s lone first-team All-American. She led the Nittany Lions with 149 total blocks and finished the season tied for second in the NCAA in hitting percentage at .440. The sophomore middle blocker also tallied 310 kills — good for third on the team.

Kendall White, who was named a second-team All-American, put an exclamation point on her phenomenal career in Happy Valley by becoming Penn State’s all-time digs leader and being honored as the 2019 and 2018 Big Ten Defensive Player of the Year. She led the team with 474 digs this season played a major roll in facilitating the Nittany Lions’ passing game.

Gabby Blossom earned third-team All-American honors following an impressive first season as the team’s starting setter. She dished out 1,332 assists, 273 digs, and racked up a respectable 54 kills — not bad for a 5’9″ setter!

Serena Gray and Jonni Parker received honorable mentions this season. Parker, a sophomore outside hitter, ended the regular season with a team-high 413 kills, smashing her 2018 total of 351. Gray, on the other hand, amassed 92 total blocks and 317 kills on .382 hitting in her sophomore campaign.