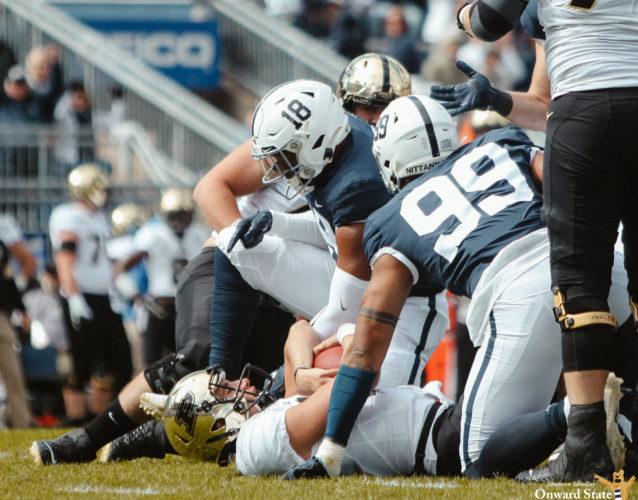 “The best choice for me is clear! I’m officially committed to Penn State. Thank you to Coach Franklin for the opportunity to play in front of the best fans in college football,” McGraw said in his announcement on Twitter.

McGraw is a native of Elkhart, Indiana and committed to his home state’s university on January 28, 2020. He didn’t officially decommit from the Hoosiers until he announced his decision to join the Nittany Lions on Sunday.

The defensive end is considered a four-star recruit on ESPN and a three-star on 247Sports. He’s ranked as the seventh-best player from his home state and the 26th-best weak-side defensive end in the nation. The 6’5″, 233-pound prospect is the first defensive lineman to join Penn State’s recruiting class of 2021.

According to 247Sports’ composite rankings, McGraw is the No. 409 overall player in the country. That ranking is even more good reason for the prospect to flip from the Hoosiers to the Nittany Lions.

During his junior season at Elkhart Central High School, McGraw recorded 73 total tackles — 21.5 for a loss — and finished with nine sacks. You can check out his highlights from that season here.

With McGraw’s commitment, Penn State now stands at No. 13 in 247Sports’ national rankings of 2021 recruiting classes. James Franklin and his staff have now brought in three commits just this week, as quarterback Christian Veilleux and kicker Sander Sahaydak both joined the Nittany Lions’ this past Wednesday.