Bradley’s start might have been small, but that only struck more determination. Moving from O’Fallon, Illinois, Bradley wanted to take his love for creativity and storytelling to Penn State. He said he was overwhelmed with excitement when he discovered how much Happy Valley has to share.

Bradley had a glimpse of Penn State life growing up. Bradley’s father is a Penn State alum and would repeat just how unique and special Penn State truly is.

“I would listen to my dad tell stories and say, ‘This is the best place on earth,” Bradley said. “I knew what the school was going to offer to me.”

Originally, Bradley enrolled as an engineering major with videography as a hobby. As classes went by and more film opportunities came his way, he quickly discovered that Penn State was his home for videos.

Bradley got his start at VALLEY Magazine, a student-run publication. There, he met folks who pushed him to become a better producer.

“I was surrounded by so many other people who loved video, photo, and filming so many sorts of things,” Bradley said. “They taught me so much about myself and that I could do this.”

Bradley soon had the inspiration to fully switch from engineering to marketing with a minor in photography. He also created a Penn State recap video after the fall 2019 semester, which became a hit.

“You learn a lot about different students here,” Bradley said. “I filmed and edited a video last year on a girl who came over from England. It was all about her experience coming to a new country for school and what her life consists of here. The videographers all filmed a different student and it was really cool.”

Bradley said that learning about what different students go through and never reveal to anyone is “crazy and unreal.” He aims to tell stories of those who want to have a voice.

“It is interesting to try and deliver a person’s emotions and feelings through a video,” Bradley said. “How can I take what they went through and what they’re feeling and make the watcher feel that, too.”

Bradley soon began promoting his work and was picked up by former “Dance Moms” star Kendall Vertes to help market her sponsorships. Currently, he produces content for Vertes’ products and deals with partners like Bang Energy Drink.

Bradley also produced the recruitment video for Penn State’s Gamma Phi Beta. This year, Bradley is producing and editing three of Penn State’s sororities recruitment reels. He said his goal is to convey their missions as best as possible.

“When I do videos for other people, I am always so glad I can deliver a good story in that way,” Bradley said. “I would never put something out that I didn’t support. More people are reaching out to me [at Penn State] and I am happy with that.”

“They asked me to do a video for them because they couldn’t perform live,” Bradley. “Having the video play over the livestream and at THON was really rewarding.”

“The owner emailed me back after I applied and said my editing style was the exact thing she had been looking for,” Bradley said. “I did videos for them each week. I missed the last week because I traveled to Los Angeles to record a music video.”

Bradley is also the videographer for Bobby Hendrix, a musician signed with Sony Music. Bradley is still working on the music video and clips recorded in Los Angeles. This was an opportunity he said he “would’ve never seen two years ago.” When Bradley was in Los Angeles, he used his Penn State network to make more connections than ever.

“I filmed three music videos while I was out there. I’m still in touch with all of the connections I made. I am invited to come back out soon,” Bradley said. “I have goals that I haven’t come close to achieving yet.”

Bradley is set on wanting to make videos for individuals and organizations for the rest of his life, but “appealing to a greater audience is the next step.”

“I have a feeling that an audience is obtainable, and it’s there,” Bradley said. “Being able to reach goals with my films, make videos that other people want to watch, and be there for people would mean the world to me.”

Bradley said that when people watch his videos and feel inspired, nothing compares to the joy he feels. The “ultimate goal” is to create for not only himself but the people in the environment surrounding him.

While Bradley builds his portfolio, he is most recently working with LFG Sports. He is working with its Penn State branch to capture the fan experience for the first time in two years. The purpose of his filmed content is to “show the cultures at different schools on gameday.” The first video will be filmed during the White Out game on September 18.

The consistent content is made simply because Bradley wanted to commit to storytelling in various forms. He said most of his inspiration stems from “never wanting to forget the moments he lives through” and letting other people experience that, too.

“I started off doing montage videos, but now I love putting more personality into the videos I am making of other people around me,” Bradley said. “I do want to be an inspiration for other people to really follow what they love.”

Bradley often reminisces on advice he took from his role model, vlogger Casey Neistat. He recalls Neistat never wanting to be an influencer or to become famous, but hoping to make videos to look back on and never forget memories. That is how Bradley fuels his fire. 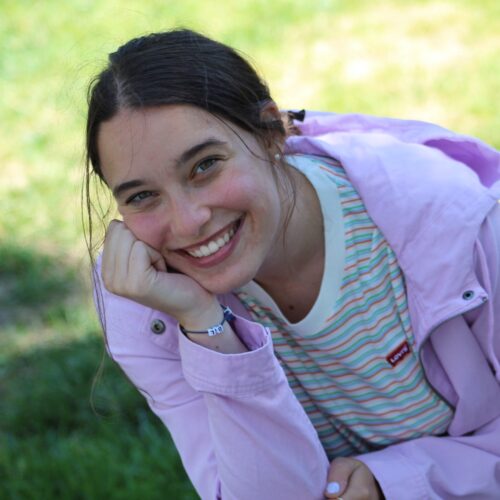 Larkin is a third-year majoring in broadcast journalism. The only words that leave her mouth are "yinz" and "dippy eggs." Luckily, her writing has much more substance than that. As a Steelers and Pirates fan, sports can become a hot debate. Share your thoughts on dogs (specifically Boston Terriers) with her at: [email protected] 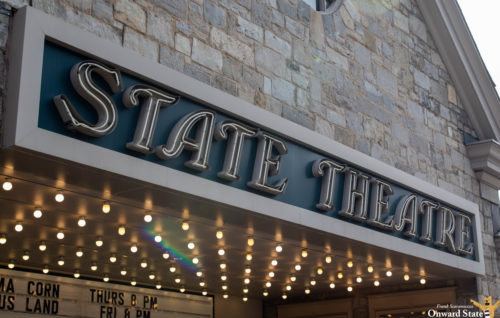 You probably can’t wait to watch Christmas films with your folks. Luckily, the State Theatre is providing a few chances to soak in holiday classics before the semester ends.

What To Do In Pittsburgh Over Thanksgiving Break