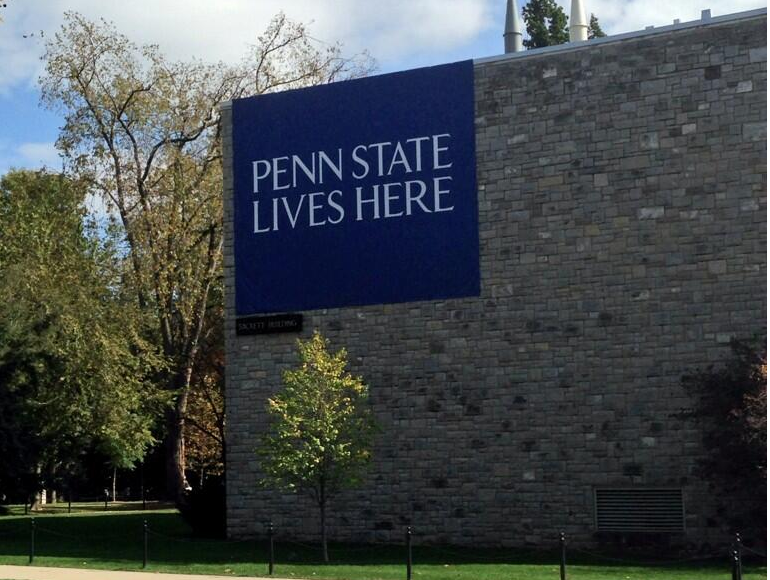 At long last, Penn State’s most dangerous fugitives have been brought to justice.

It took more than two years for the Mona Lisa to be returned to the Louvre, and without the diligent work of the campus police force, Penn State’s magnum opus might have surpassed that period of emptiness. Penn State Police Chief Tyrone Parham confirmed tips from several sources that the large Penn State Lives Here banner, stolen from the Sackett Building during winter break 2013, has been located by the police and returned to the university.

“On 9/9/14, we recovered the banner from an apartment on Vairo Blvd,” Parham confirmed in an email. “Three students admitted stealing the banner. The banner was returned to the Penn State Landscaping Department.”

According to multiple sources, the thieves were tracked down after they bragged to too many people of their once-perfect crime and someone decided to tip off the police.

“All three students were referred to the Office of Student Conduct,” Parham said. “No criminal charges were filed.” Parham said that it was an “officer’s decision” not to criminally charge the culprits.