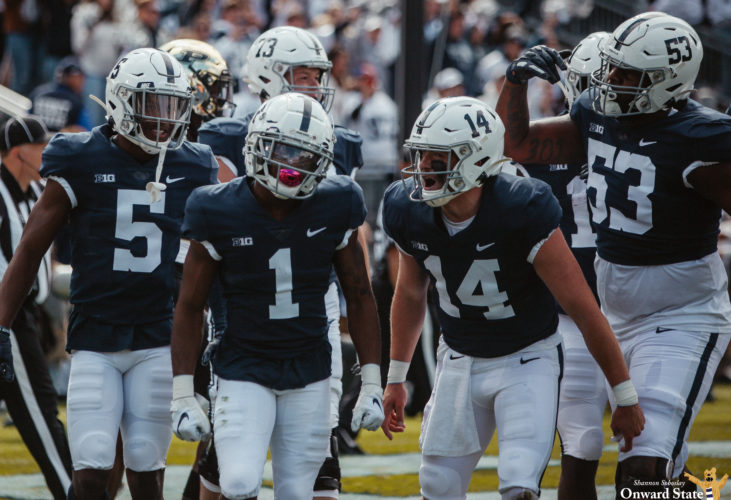 For those of you counting at home, Wheatley is the third class of 2021 prospect to pick the Nittany Lions in the last half-hour, the fourth in two days, and the fifth since March 26.

Wheatley, who picked Penn State over Wisconsin, Michigan State, and Maryland, among others, hails from Severn, Maryland. He plays his high school ball at Archbishop Spalding High School in his hometown. 247Sports lists the four-star prospect as an athlete, but he played wide receiver and defensive back during his junior year of high school, according to his Hudl tape.

At 6’2″ and 180 pounds, Wheatley has a solid frame to build upon prior to kicking off his collegiate career. According to Brian Dohn of 247Sports, he tracks the ball well and is “fearless” when it comes to trying to snag the ball over the middle of the field, but Wheatley could use more physicality in his game on both sides of the ball.

Penn State’s newest verbal pledge is ranked as Maryland 15th-best prospect in the class of 2021 by 247Sports. The recruiting outlet also ranks Wheatley as the No. 21 player in the “athlete” category, and he’s the third-highest rated member of the Nittany Lions’ recruiting class of 2021.

After a bit of a slow start to the current recruiting cycle, Penn State’s incoming class now has seven members. Blue-chip offensive lineman Landon Tengwall and safety Jaylen Reed are the current headliners of the class, and they’re joined by three-star prospects Liam Clifford and Nate Bruce. Bruce briefly decommitted from the program in February, but he quickly reaffirmed his verbal choice.

Additionally, twin brothers Kalen and Kobe King both picked the Nittany Lions earlier this afternoon. Kalen is a four-star cornerback, and Kobe is a three-star inside linebacker from Detroit. Both play their high school ball at Cass Technical in their hometown, and they made their decisions at the same time.

You can get a glimpse of what the newest Nittany Lion will bring to James Franklin’s program here.